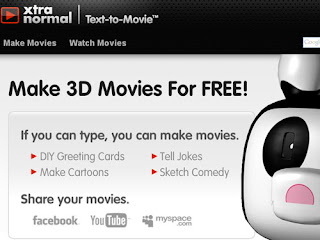 Today I presented my Inquiry project in class.
I was really happy with what I came up with but I didn't get much feedback from my classmates. Maybe they didn't understand what the characters were saying, maybe they weren't interested in the topic as much as I am, maybe it answered enough questions. I'm not really sure but I'm glad I did it. I also just uploaded it as an artifact to my Eportfolio and I think it is an excellent article to show that I know some things about ethics when it comes to teaching.

I am very glad I did the project because I read through the School Act and Education Act and learned a lot. Also, I spent a long time reading about why different teacher's were fired or had their licenses suspended.
The only thing I wasn't happy with is that I had already made a webpage demonstrating what I had learned but I thought the video would be a much funner way to show what I had learned instead of just reading off my website like I would have done. However, this might have made it harder for my classmates to understand what was going on/being said because they do not have it out in writing in front of him. I am wondering if I should supply the interview answers I received from local Principal's and Vice Principals as well as the info I took out of the School and Education Acts.....
Posted by Unknown at 8:13 PM No comments:

You can do it!

Today, I am so proud of my student Sam. He has just finished reading his first English book! He has been in Canada for going on 3 years now and has never once finished an entire novel on his own! I am so proud of him! YAY!

Also, I have to admit I can't believe I haven't burnt out yet. It is amazing what you can do when you know you don't have any time... In case you weren't all aware this is what I do right now, and this is what I will be doing next semester:

This semester:
6 classes
I teach 2-1 hour hula hooping classes per week
I tutor 4 students, 3 for 1 hour and 1 for 2 hours
I work at London Drugs Part Time

Next semester:
7 classes (1 starts when the others end in april)
Teach 2-1 hour hula hooping classes per week
Tutor 5 students, 3 for 1 hour and 2 for 2 hours per week
Work at LD part time

Holy moly! Well, I just can't give anything up! I love all four SOOOO much!! However, I will be taking time off at LD during April/May when I will be doing my 5 week practicum.

I just love tutoring because it is a great way to get experience, see what kind of homework teachers are dishing out, and know what NOT to give for homework/hear from students about what they like/don't like about class! And of course, I love teaching so that's always a lot of fun :)
Posted by Unknown at 8:12 PM No comments:

Staying in Vic for the long run.... 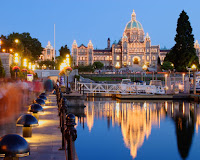 So, I have officially decided to stick it out in Vic after I have received my Bachelor of Education Degree.
If I am unable to find a job as a TOC or at a school here, I am going to work as much as possible at LD and take on more Tutoring gigs. If I am really lucky, I will get hired at a tutoring agency. Then I will work until I can get on the TOC list and keep applying for jobs to see if I actually get one.

Another thing is, is that there are a bunch more classes I want to take at UVic and I would love to spend my summers taking one or two classes just to keep educated, as well as, get a little more back ground in different teachable subjects. I want to invest more time in my Spanish skills as well as try to do some Math. Of course, there are a bunch more Psychology courses I am interested in taking, and then eventually, I am going back to school to get my Masters of Education in Counselling Psychology.

I am not just a teacher, but I am a student. I can't wait to learn so much more things and be able to share my knowledge with my students!
Posted by Unknown at 1:52 PM 1 comment:

In my first class we discussed poetry in the classroom. One thing I brought up was how some students look TOO DEEPLY in to poems so I believe it is important for English teachers to explain that, in most poems, there is a story and a deeper meaning. So, like our Prof said, first talk about the story THEN talk about the meaning so that students can see these two important factors.

In psych class we talked about classroom management. This is something I have thought about a lot and so I thought I would share those thoughts with you. Also, remember, I WAS that bad student (in middle school I always talked out and in high school I didn't care).

Ideas:
- Have a row of empty desks at the front, if students are late, they must sit in those seats during class instead of their assigned seats
- always have an assigned seating plan unless you have an AWESOME class
- Write out rules that have been collaborated in class, ask students to sign it, and ask them to tape it to the front of their binder or put it at the front of their binder so it can be easily referred to
- Don't be accusative when talking to students, instead of asking them to stay on task or get to work, instead, ask them what they are working on, how far they have gotten, if they need any help. When I was on my observation there were two students who the teacher said were the 'bad' students. They were talking a lot during their work and not doing their project but as soon as I went over there and talked to them and seemed generally interested in them and what they were doing they were on task. Also, like Lucinda said today, compliment the good work they ARE doing to try to encourage them to stay on task.
- Names! If someone is talking just look at them and if they don't notice you staring then say their name quickly, or the good ol 'do you agree Mary'?? That way it really gets their attention, I know it always works on me!

Anyways, those are some things that really worked for me and that I really thought would work in my classroom! Take what you will!
Posted by Unknown at 2:02 PM No comments:

So the co-ordinator for my Korean ESL student asked me if I would start tutoring her own son for 1.5-2hours per week! That is so awesome to hear that she wants me to tutor her son, it must mean I'm doing a fairly good job! Unfortunately, I am so busy right now that I can't take him on but starting in January I might just do that. I have decided I'd rather be tutoring instead of working at London Drugs more because it is only for a few hours each day. That way, I can still have time to prep for my practicum.

I guess we shall see how things end up!
Posted by Unknown at 1:10 PM No comments:

For my Seminar class we have to have an Inquiry project and then present it to the class. I thought I had one great idea but now I have a new great idea.... which one would YOU be interested in hearing about?

A) Student Responsibility and lack there of. How can we encourage our students to hand things in on time? Show up for class on time? Or even just get them to show up to class? Are teachers being to lenient? Are parents not teaching their kids responsibility? Or are we asking too much of our students?

B) Teachers outside of school. What do you do if you run in to a student at a 3 day music festival and they are obviously inebriated? Maybe they even need some assistance? What if you work at a bar and a student sees you there? What is and isn't appropriate for teachers to do outside of the class room... This is something I've always wondered about. What if you are at a BBQ and some school aged students you don't know come and one girl is passing out because she is so drunk? Should you leave? Do you help?
Posted by Unknown at 3:22 PM No comments:

During almost every class we are asked to have a presenter for our group. And time and time again I am the ONLY ONE who volunteers. What I don't understand is that YOU ARE ALL GOING TO BE TEACHERS which means YOU HAVE TO STAND IN FRONT OF THE CLASS AND TALK ALL DAY EVERY DAY.... so PLEASE tell me why you are so afraid to talk in front of your peers? And how that is any different than talking in front of 30 judging/angry teenage kids?? Kids that you actually have to TEACH and ENGAGE and it actually MATTERS if they are listening to you??

I could name three other people who are always presenting: Kristy (hope I spelt it right), Aaron and Natasha... That's it! I would LOVE to hear the rest of you SPEAK UP!! PLEASE!! It's good practice and if you can't do it now than how do you expect to be able to do it in front of teenagers who are going to make your life a living hell if you can't do it properly!

Anyways... that is my rant and I would LOVE TO HEAR FROM YOU GUYS! PLEASE! SPEAK UP!
Luv
Mary (the loud one)
Posted by Unknown at 1:21 PM 1 comment: